I lied when I said I wouldn’t post anymore brownie recipies so you all will have to deal with the fact that I am obviously a liar. Sorry I’m not sorry. 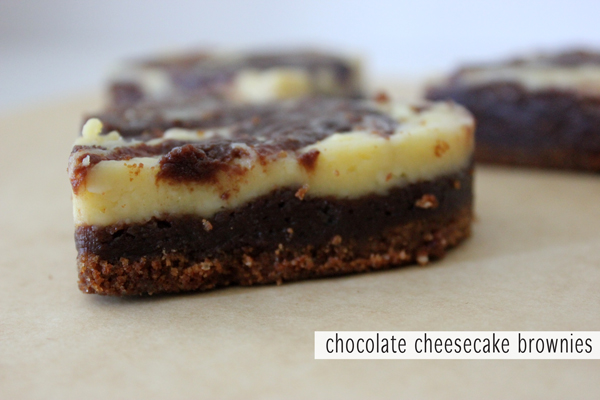 I had planned on making a cheesecake until I realized that somehow my spring form pan was still in St Louis and it wouldn’t serve me well in NYC. So I had to come up with a plan B. But all the recipes for cheesecake brownies were all the same. Well not all the same, exactly, but all predictable. And let’s get real, the best part of the cheesecake is the graham crust so I knew that I couldn’t skip that step for fear of culinary suicide.

So I upped the ante. I combined my boyfriend’s two favorite desserts into the shape of hearts for Valentine’s Day, duh, with a freaking amazing crust on the bottom that really makes them the best thing I ever did eat. 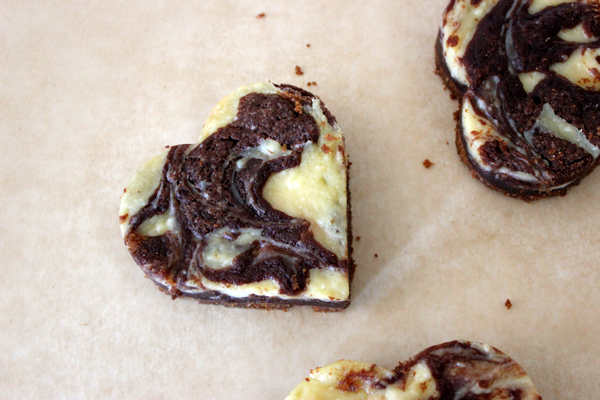 Basically what I’m saying is that if you don’t make these for your boyfriend, husband, roommate, etc. that means you don’t love them. Yes, I went there.

First, you’re going to make the crust. Pre-heat the oven to 350º. Crush up those crackers. Admittedly, I pulverized them in the food processor but you can crush them by hand or in a freezer bag. If you’re going to follow the “Christin Method” I put the sugar in with the crackers, otherwise you’ll just want to throw those in there. Put the crackers and butter into a bowl and mix well to combine. Add mixture to the bottom of an 8×8 pan. Make sure it’s packed tightly and evenly. Put in the oven for 10 minutes. Let cool.

Put the stick of butter in a pan over low heat and add chocolate. You’re going to want to watch this carefully as the chocolate melts. Once melted pour into a mixing bowl and let cool a bit. You don’t want to add a raw egg to a hot chocolate mixture. Once cooled, add flour, sugar and egg and mix well to combine.

In yet another bowl, make cheesecake layer by whisking ingredients together. If the cream cheese is well softened this shouldn’t be a problem. If I can do it, you can do it.

Pour brownie layer into cooled crust and reserve about 3 tablespoons of batter. Pour cheesecake layer and spread out as evenly as you can. Plop those remaining tablespoons of batter on top, preferably in different areas but I’m not going to tell you how to live your life. Take a butter knife and swirl the drops into the cheesecake layer to produce that pretty marbled effect.

Bake for 30-40 minutes (at 350º) or until a toothpick inserted into the middle comes out clean. Enjoy!