It was hot again this weekend and I was none too thrilled especially since the “weather” closed the rooftop exhibit at the Met which was like the only thing I wanted to do on Saturday.

So we came home and it was freaking hot. And the crockpot was still full of chicken grease from Taco Thursday (Mom, stop it, I have a job) so I made a deal with my boyfriend: if he helped me pour the mess into a jar, I’d make him cookies.

I think he drugged me. That is the only logical explanation as to why I’d volunteer to make cookies when it was 100º outside. So I turned on the oven and we thought we were dying. But it was worth it. 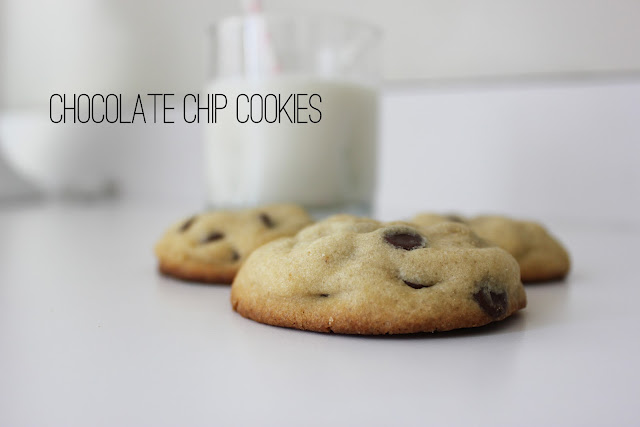 Tammy suggested this recipe when I was bragging about my birthday present on all forms of social media. For those of you who are clueless, my boyfriend’s mom bought me a Kitchen Aid Mixer and I am still freaking pumped.

I sort of followed the recipe so you can do what you want. Personally, I think nuts are an abomination in baked goods. Like if you put nuts in my cookies or brownies, I’ll cut you. Seriously, ask my mother how unpleasant it was to make two kinds of brownies. She hated it and I hated nuts in my brownies.

But these nutless cookies were the best I’ve ever made and I’ve made a lot of cookies. They were so good that I’m going to adapt this recipe for lots of other cookies. Also, my boyfriend really liked them and he’s a pretty particular chocolate chip cookie connoisseur. 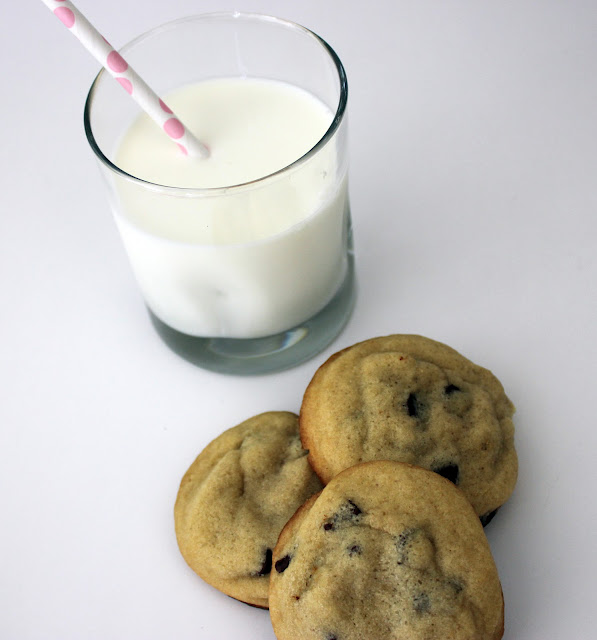 Here is the recipe according to me:

I followed Christi’s directions but I ended up with two dozen cookies and not 18. It’s pretty standard as far as cookie making are concerned.

Directions
1.  Preheat oven to 375 degrees F
2.  In a large bowl/mixer bowl, cream together cubed butter and sugars until well blended and fluffy.
3.  Add eggs, one at a time, until well mixed.
4.  Add flour, salt, cornstartch, baking powder, baking soda & salt to butter, sugar and egg mixture until just combined.   This should be a very thick mixture, and not sticky.  If your dough is still sticky, try adding more flour, 1/8-1/4 cup at a time.
5.  Add in chocolate chips.
6.  Divide into portions to bake.  I worked the dough into balls, and put them on the cookie sheet, leaving ample room between them.
7. I baked mine for 12 minutes but she suggested 10 so I started checking mine at 10 minutes.