These past few months have been pretty…hard for me. I guess you can say I was naive or perhaps grossly uninformed (maybe underinformed), but I had no idea that a day that started as a 4am wake up, a walk into an O.R. with an anesthesiologist named Erin and a few IVs for meds to ‘relax’ would end up in a 11 plus week mindfuck. I can’t really think of a better way to describe it. 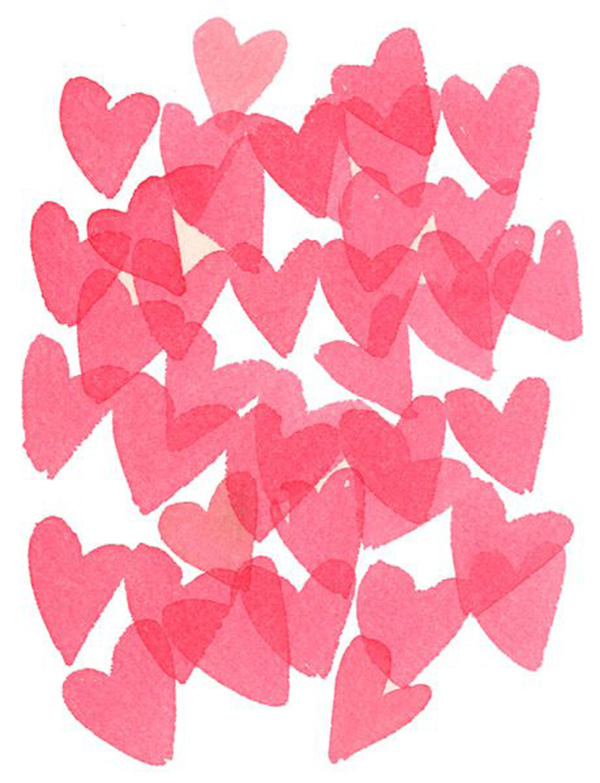 For those of you who don’t know, at the beginning of July I had open heart surgery to repair my pulmonary valve that decided it was tired of working. After all, it did hold out a pretty amazing 28 years, so can I really complain? I was born with a congenital birth defect called tetralogy of fallot (click on that to learn more about it). Basically that meant a lot of doctors visits for me as a kid where I would be doing so amazingly that everyone would be thrilled and we’d always talk about how “one day” I’d need another surgery.

I found out in March that I’d be needing another (my first was at 3 months old…awww) surgery and I pretty much thought it was like no thing. I don’t know, maybe I just didn’t want to deal with knowing that someone would saw my chest and cut my heart open. I mean, would you?

That day in July approached a lot quicker than I had thought and I can’t even remember if I cried when I had to leave my family to go into the O.R. We had waited two hours past my ‘surgical appointment’ time because a baby needed a heart transplant and my surgeon was busy. I was pretty hungry and thirsty and sick of sitting in a huge open room with lots of hospital beds. I do remember waking up and pretty much wishing I was dead. I was hot, I was still intubated (aka breathing tube down your throat) and in a lot of pain. I obviously couldn’t talk and I started freaking out because I a) couldn’t talk b) was in a lot of pain and c) was basically choking on the breathing tube. Finally I passed out. Basically the first 24 hours after my surgery are a blur filled with pain, pain and some more pain.

The next were basically the same. With the added bonus of some nausea. I didn’t eat a ton while I was in the hospital because I couldn’t. I was always hot. I was too out of it to even want to watch TV or talk. I just sat there and hoped that maybe I could sleep. There was no pinning, or Facebook or texting until day four. Not because I didn’t want to but because I couldn’t. I could barely move my arms. I had IVs everywhere. I was beyond exhausted. I just couldn’t. And that was pretty much when I realized, really realized, that I just had my chest sawed open and my heart cut open and all the blood taken out of my body and circulated through a machine and that I probably wouldn’t be okay for a long time.

Getting home wasn’t much easier. It was better to be at home but it was also scary since I couldn’t even pour my own water or carry my own purse. Hell, I couldn’t even get off the couch…or on it, for that matter. Just think of every movement you make on a daily basis that involves using muscles in your chest and being unable to do them. It’s nearly everything. Luckily for me, my boyfriend was (and still is) absolutely amazing. He had to feed me (literally), shower me, help me walk to the bathroom, get in bed and out of bed, get me water, give me my pills, he did everything. I honestly have no idea what I’d do without him. Yes, my parents came to town, I’m not an orphan. They babysat me during the day the first week I was at home while my boyfriend was at work.

But when I got home, I started to get really frustrated. I’m a pretty independent person and not being able to do anything for myself quickly launched me into a pretty awful depression. I would be out for my daily 10 minute walk and just break down in tears. I felt like a shell of the person I once was. I didn’t even have enough energy to sit on my computer and blog. It didn’t help that I’m also really hard on myself and just would not cut myself any breaks. None. Ever. And when you’re not working for 8+ weeks with really nothing to do, and nothing you can really do that starts to seriously mess with your head. I didn’t expect that. At all.

I don’t know what I expected, but what I got wasn’t it. I thought “oh, yea it’ll hurt, its a big deal…but I’ll be out of work for like four weeks…max”. And now I want to go back and punch myself. But day by day I got better, until I got pericarditis which was really, really awful. Once the doctors figured out what was wrong with me, I started to get better again. I’m not even back to normal yet, and I still don’t feel great about it, if I’m being completely honest. But I’m cutting myself some slack and allowing me not to be myself.