For those of you who follow me on instagram, this is old news. However, I am a realist and know that not all of you do. Although secretly I wish you did. O.k., maybe not secretly.

I met up with my homegirl, Amy, on a lovely Saturday morning (two weeks ago, to be exact). Except it wasn’t that lovely. I woke up late, the subway was all screwed up and some assclown locked me in a turn-style with him because “that’s what you get for cutting people off”. Needless to say, I did not respond politely to that douchewad. To be honest, I wanted to punch him in the face but as he was a rather large African-American man, I let logic get the best of me. That was not a fight I cared to start. Well, he started the verbal one and I ended it. The fact that he shouted “bitch” as I walked away is inconsequential.

When I finally got to Arrojo, my spirits were lifted. The space = amazeballs. The staff = all freaking nice as crap. Yes, nice as crap. Write that down. It’s like nice, times a million. Amy = freaking pretty with awesome hair. I knew the day could only get better.

Rachel was petrified at my mop, yes, mop of hair. She was thinking “ugh, really with all this one layer hair-do? this girl looks like a hippie and not in a good bohemian way”. She later said that she was terrified I was going to be one of those girls who was totally attached to the one-layer do. For serious, I told her she could do whatever she wanted. And no, I don’t usually go 9 months between trims. That’s…just…gross.

So she washed it up. Which was amazing because if you know me you know I am…ahem…lazy? 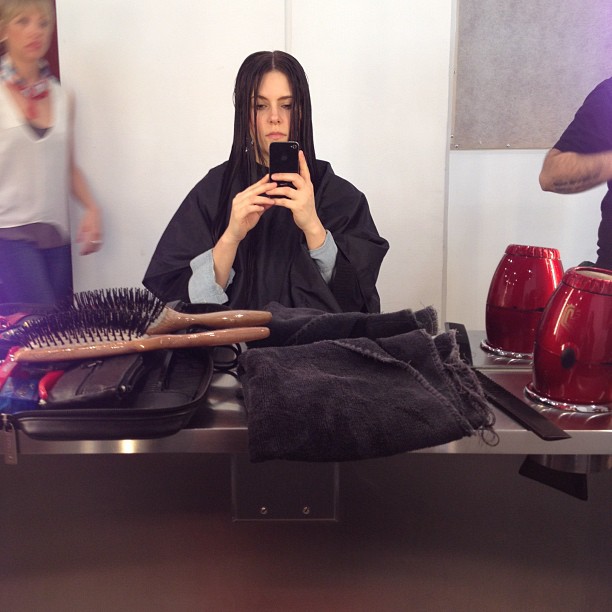 Then she literally cut a ton of my hair off with a razor. I won’t lie, I was kinda freaked out but oddly calm at the same time. When she was done she showed me the easiest, most amazing blow out of all time. Seriously…check this out. 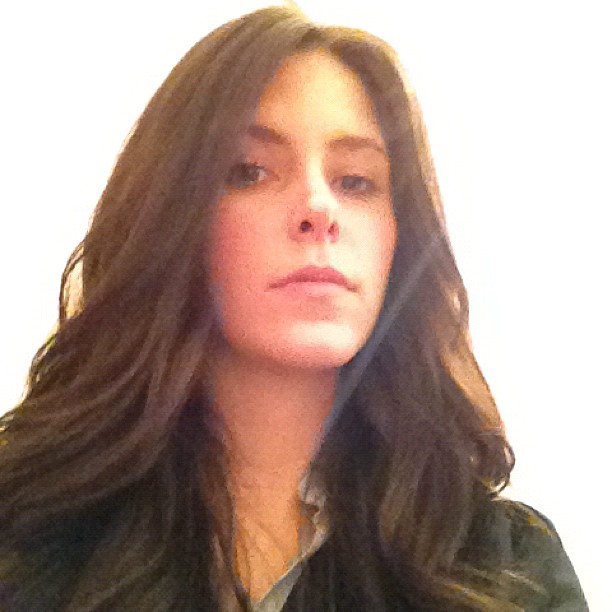 Ta da! Amazing, right? And no round brush involved. Rachel is amazing!!! Needless to say, I’ll be back…um forever.