Admittedly, I have a problem. No, I’m not an alcoholic or a drug addict but I think this could even be worse. Sometimes I hate myself. Like really, really, hate. And not because I think I’m fat or ugly or because my clothes aren’t cool, but because I don’t live up to my own standards. Actually, I don’t even think I can live up to them. More than likely, the standard that I measure myself against daily is unobtainable.

Why do I keep doing it? I have no idea. They say that you’re your own worst critic, and I’m not even a critic. It’s worse that than. I can easily whip myself into a frenzy or get so depressed that I could sleep for a week.

But sometimes, when I’m in the middle of my downward spirals, I remember something that I wish I would remember sooner. 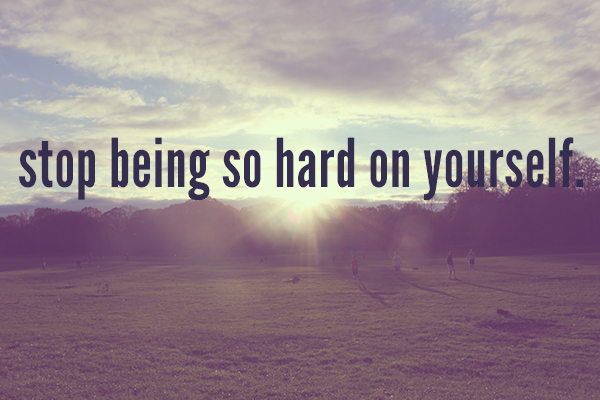 Easier said than done, right? And I’m pretty sure that I’m not alone in this one. And I also think it’s pretty rampant in the blogging community.

So maybe, if for just today, we all could just stop being so hard on ourselves. What do you think?