You guys, I’m on week two of the whole30 and I must say it is going quite well. No sugar, cookies, cupcakes, macaroons (these), handfuls of chocolate chips or anything. This hasn’t happened in probably my whole life.

Anyway, back to the lesson at hand, I made some ridiculously good iced coffee with some fancy pants ice cubes. I can’t have dairy so I needed to get creative. I have a shit ton of vanilla beans because I make enough ice cream for the whole neighborhood so I simmered a vanilla bean in a cup of coconut milk and that’s how you get vanilla infused coconut milk ice cubes. 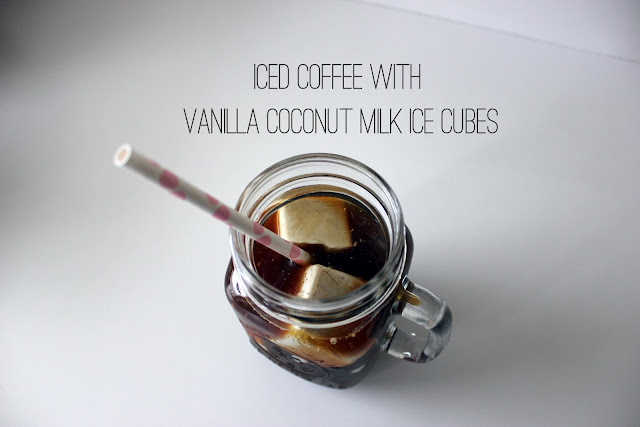 I made the coffee in a french press that I let brew overnight in the refrigerator. I think it’s the best way to do it because when you wake up the coffee is ready to go and the ice cubes help to keep it cold without watering it down. 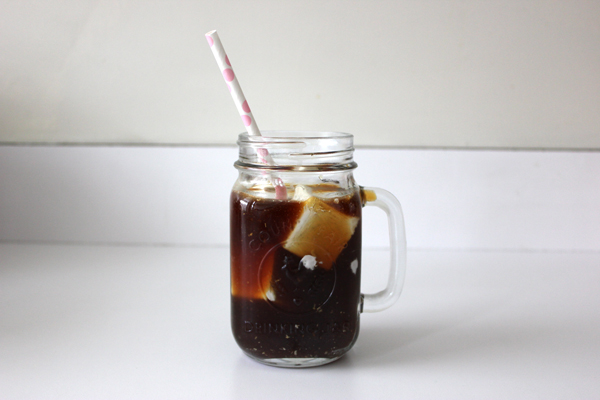 Iced Coffee:
– I use three scoops per cup so it’s super strong which is the right way but if you like it less strong, have it your way.

Vanilla Coconut Milk Ice Cubes:
– 1 cup coconut milk
– 1 vanilla bean sliced in half, beans scraped out (you just slice it in half and then run the back side of the knife over the cut to remove the beans)

Add the vanilla beans and pod to a small saucepan with the coconut milk and bring to a simmer. Remove from heat, cover and let sit until it’s cooled. This took me about 45 minutes. If you want a more intense vanilla flavor, refrigerate the mixture overnight. Pour into ice cube trays and let freeze overnight.

I don’t think I need to tell you how to put the ice cubes in the coffee, so I wont.