Yesterday, I got a little carried away in the kitchen and lost all steam by 5pm. I desperately needed a nap but it was time to start dinner. No rest for the weary, my friends. Let’s just say that if “girlfriend” was a video game, I’d have the high score. 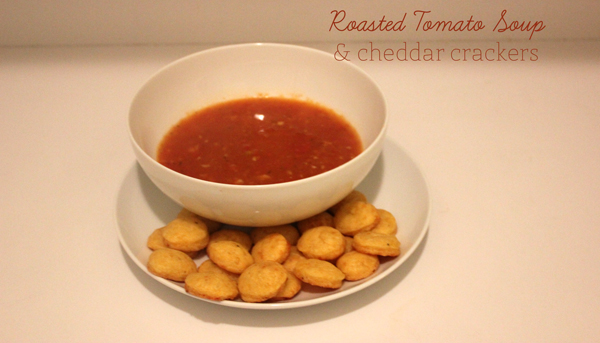 The soup was delicious but the crackers? The crackers were extraordinary. So extraordinary that my boyfriend thinks I should sell them. That probably isn’t going to happen, but it’s a nice thought, right? 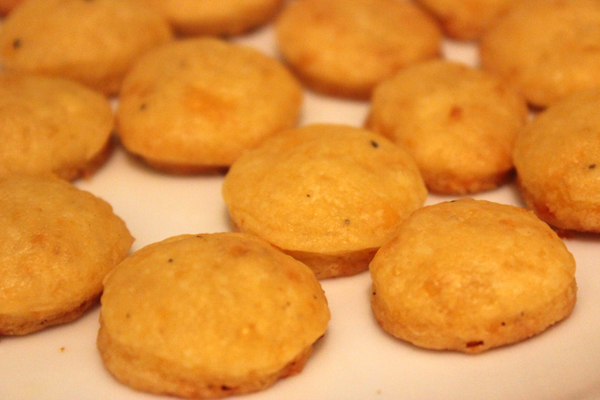 If you make one thing this week, it needs to be these crackers. They’re cheesy and flaky and just the most delicious thing this side of preservative-filled Cheez-its that a human will ever know.

I used this recipe for the tomato soup and made one modification. The craptastic grocery store I go to didn’t have roma tomatoes so I was forced into buying “on the vine” tomatoes. East Coast tomatoes < West Coast Tomatoes.

I adapted the cracker recipe a bit, because I don’t like to follow directions. I did not use unsalted butter and I used extra-sharp, local white cheddar. I also didn’t make half chili-flavored because I didn’t have any chili powder, go figure.